An Internet still under construction: back to the French Internet Governance Forum 2022

Home > Observatory and resources > Expert papers > An Internet still under construction: back to the French Internet Governance Forum 2022 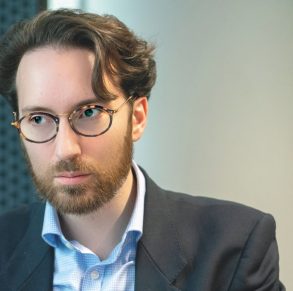 The 2022 edition of the French Internet Governance Forum (IGF France) was successfully held on Monday 5 December 2022 in Paris and remotely. As the annual rendez-vous of the French Internet ecosystem, the Forum brought together actors from the public and private sectors, civil society, the technical community and the academic world in Paris and remotely, for the first time since 2020, to exchange views on the much discussed subjects of the future of internet governance and of an internet that is still a work in progress.

The much-discussed subject of Internet governance.

Following on from the 17th Internet Governance Forum, which came to an end on Friday, 2 December in Addis Ababa, Ethiopia, the French Forum illustrated the pertinence of facilitating exchanges on Internet governance at national level and of initiating collaboration and meetings to construct the Internet of tomorrow.

This edition of IGF France produced a wealth of debates and encounters. A plenary session on the future of digital governance, which I had the pleasure of mediating together with Jessica Galissaire of Renaissance Numérique, brought together Benoît Loutrel of ARCOM, the French regulatory authority for audiovisual and digital communication, Henri Verdier, France’s ambassador for digital affairs, Tawfik Jelassi of UNESCO, Maryse Artiguelong of the Human Rights League of France, Gilles Brégant of the ANFR (French national spectrum agency) and Thomas Dautieu of the CNIL (National Data Protection Agency) and put into perspective not the future scenario but the several possible future scenarios of digital governance; or perhaps it would be more accurate to say the governance of the various possible future digital scenarios.

This look at alternative futures was made possible by four workshops:

In short, the need to talk about the digital future in the plural and to make sure the Internet forms part of a future that is desirable, from data to constellations of satellites, and the user’s place in these governance systems.

An Internet still under construction?

The Internet has not yet been completed, nor is what has been achieved set in stone. When it comes to digital interdependence, it is just as important to put the Internet into perspective as it is to envisage the ‘mise en abyme’ effects of the future.

Now that we are just months away from the 20-year review of the World Summit on the Information Society (WSIS), we have to ask questions about the Internet of today and favour a dynamic and demanding ecosystem that will be capable of responding to the challenges posed by the Internet of tomorrow.

It is for this reason that the 2022 edition of the French Forum chose to surround itself with Les arts d’à côté (next-door art). An exhibition of more than twenty original works created for the occasion, workshops, drawings by the artist Placide, all designed to reflect and represent the Internet in a different way.

The closing plenary session of this edition was in four parts. First of all, feedback on the four workshops by the M2 Master’s in Law of Digital Activities students of the University Sorbonne Paris Nord co-directed by Guilhem Julia and Anne Cammilleri, followed by an address by Axelle Lemaire (Red Cross), who was Secretary of State for Digital Affairs and Innovation from 2014 to 2017, who talked of the importance of innovation for the digital transformation but also of the need for simplicity and frugality.

Prior to the closure there was a round-table on “Environment: towards a new digital agenda?” involving Serge Abiteboul (Arcep, the post, telecommunications and media regulator), Véronique Torner (Alter Way and Numeum), Gilles Babinet (National Digital Council), Pierre Bonis (Afnic) and Nicolas Chagny (Internet Society France and WebForce3). The discussion, mediated by Sébastien Bachollet of EURALO, and Nathalie Bouarour (CNNum) stressed the importance of multi-discipline skills in understanding the different facets of the digital and ecological transitions, and the need for data in order to understand the environmental cost of digital products over their whole life cycle. While digital products certainly represent an environmental cost, digital technology also contributes to their reduction.

The final word came from Jean-Noël Barrot, Minister for Digital Transition and Telecommunications.

We thank the speakers, the moderators and the rapporteurs for the quality of their contributions and the technical teams and the Forum organisation committee who worked in the multi-stakeholder spirit of the WSIS. Well done!

What is internet governance? Afnic is an active player in the ...

Last Friday the 9th Forum on Internet Governance ended in Istanbul. 9 years of discussions. What are...