China Changing in Leaps and Bounds

In order to enrich my viewpoint as a communicator, in late March I went on a study tour organized by Sciences Po Paris.

Since returning to France a few days ago, my discussions every day have been filled with memories of the journey. But before going any further, I would like to put the trip into perspective with what I have learnt about Asia in recent years. 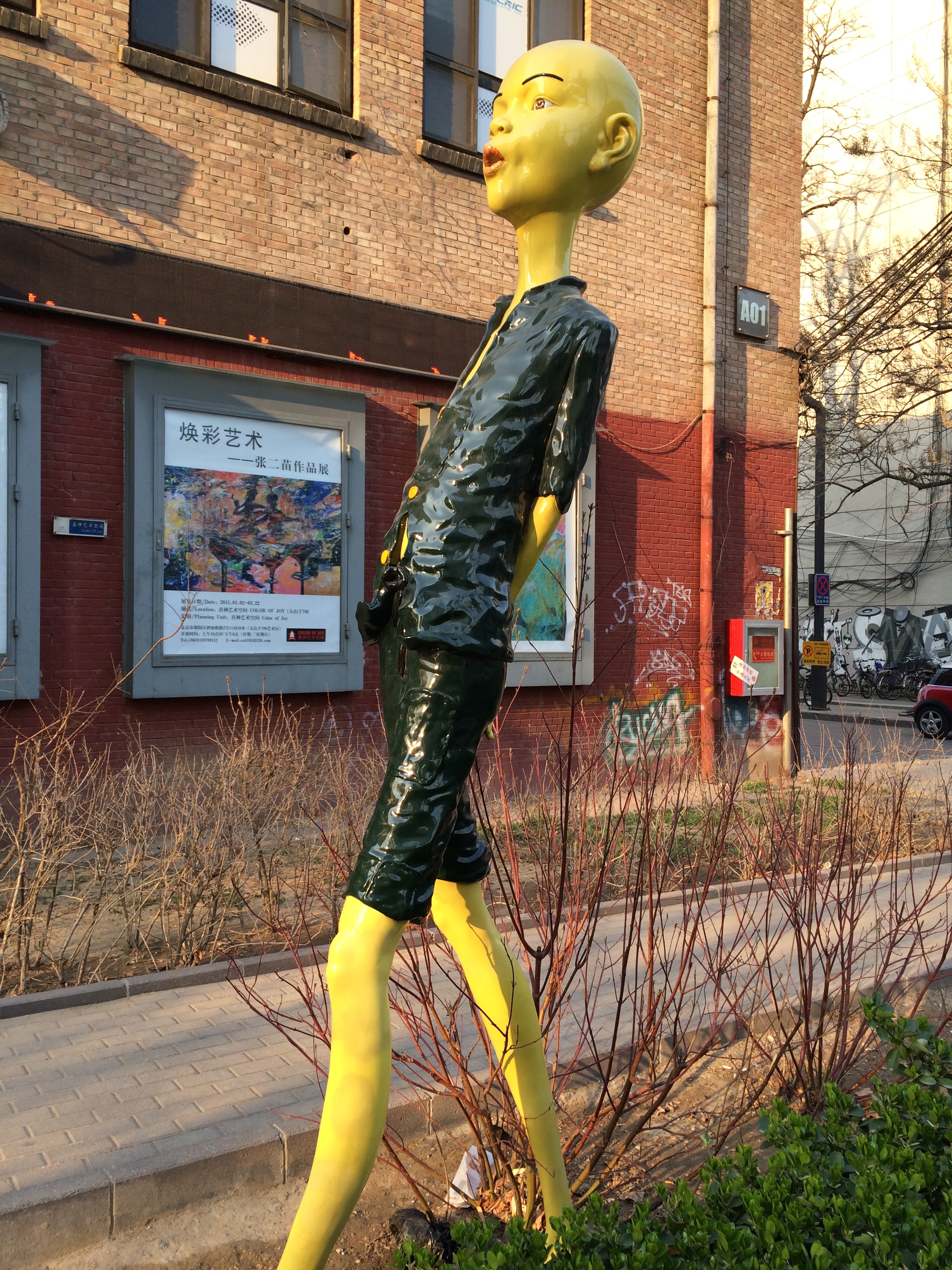 My first business contact with the vast region was in 2010 when I visited South Korea and Singapore twice (2013 and 2014), interspersed with an initial trip to Beijing in 2013. The memories I have of these first steps in China are filled with sights and scents far removed from sanitized Singaporean standards. Korea helped me foresee how multiform Asia might be, and China confirmed how distinctive it really was. Unfortunately, the pace of ICANN meetings rarely allowed me excursions outside the beautiful, air-conditioned conference hotel. My Western viewpoint thus remained virtually intact with its share of preconceptions and stereotypes.

With the visit of Tsinghua University campus and my first findings, I could see the students who were to accompany us for the three days in Beijing intended to make every effort to facilitate our everyday lives and demonstrate their hospitality. If my previous memories in terms of personal contacts were a little rough, that perception quickly changed. The facts and figures about the campus alone give an overview of what the challenges in China are all about. With 45,000 students and 10,000 teachers (a ratio of one to 4.5) dispersed over its 1,000-acre campus, Tsinghua University reflects the scale of the country we were to discover through our meetings.

First discussions and first certainties: China is undergoing a crisis! That caused by the self-examination resulting from economic growth that has exacerbated the privileges granted to a happy few. That of a demographic crisis caused by a one-child policy which by 2015 has led to stagnation in the Chinese workforce. That of the challenges involved in ensuring food self-sufficiency to meet the gargantuan appetite of 1.3 billion people. And finally, the ecological crisis caused by the overexploitation of the country’s natural resources to do so.

Although my rapid read of the book by Chinese expert Philippe Le Corre gave me some initial insights, the image I nevertheless retained was that of a fire-breathing dragon setting out to conquer the world, omitting the possibility that its weaknesses would pose equally as many challenges in the coming years. I also learnt there was a loophole in my Western understanding of the symbolism of the dragon. Based on my Judeo-Christian cultural background, I naturally assimilated a dragon with a frequently destructive force, the dangers of which were recalled in various tales and legends. In the Asian tradition, the dragon is a much more complex being, representing the balance of forces (yin and yang) and is both protective and nurturing.

Comparison of the main international and Chinese social platforms

Due to the Internet filtering policy exercised in China, new domestic players have succeeded in achieving significant market share, regularly supported in their development efforts by the powers that be.

The Chinese government’s anti-corruption policy gives a totally different view of the consumption of outrageously luxurious goods by apparatchiks. Even if it may be supposed, the policy will take time to succeed, especially in the provinces furthest away from the central government, the trend towards transparency is needed for the sake of the Chinese people, some of whom see the Chinese miracle pass by their doorstep, but also to gain ground internationally in the coming years.

With a 48% penetration rate in China, the Internet already had 649 million users by 2014. This highly-connected population overexposed to advertising (last year, the total investment in online advertising exceeded that for television) is eager to take advantage of a system that tries to simplify the use of e-commerce every day. As a result, it is not uncommon to access content by “flashing” an advertisement, or be delivered goods 3 times a day in the huge Chinese cities, or to experiment with new online payment methods, such as that currently being tested by Alibaba, the online marketplace major, to pay for a transaction using facial recognition technology.

This also results in the ambivalence of a somewhat schizophrenic model, in which an exacerbated market economy collides with the weight of tradition, and in which a cynical managerial approach (“either our employees achieve their goals, or they leave the company”) tries to cohabit with the search for universal balance exemplified in the practice of Tai Chi. The Fosun Company I met in Shanghai did not actually provide an answer, but there may be connections between martial arts and the art of management…

Far from the traditional image of reserved Asian women, the fairer sex in China is also undergoing a revolution. It is mainly taking place in the large cities, where women now regularly demand that the skills they have acquired in prestigious Eastern and Western training courses justifies they be appointed to key positions in companies. The example of Club Med China gives the impression that gender parity has been fully achieved. The proportion appears to vary, however, depending on whether we visited local companies or western firms operating in China.

The composition of the family unit and intergenerational relations were also a genuine eye-opener. By having access to the financial resources accumulated by one or even two generations, young Chinese people are generally in a position to consume more than the income from their work alone would allow. It is not unusual on a street in Shanghai to see a teenager driving a German sports car. But the weight of tradition is returning fast and furious, and the same teenager will be responsible for the board and lodging of his parents and grandparents as soon as they will no longer be able to support themselves. Given the rise of individualism to be seen in our European societies, one can only wonder about the sustainability of such a model when fully exposed to the market forces of globalization.

I need not recall that Chinese society has been changing fast for the past 30 years and is gradually shifting from an export production model to one based on domestic consumption. Against this background, the middle class is growing (to date it represents 230 million people and is forecast to reach 400 million by 2020), with salaries now ranging between € 700 and € 1000 a month.

Another confirmed fact is that the contribution of the West to the development of China is not necessarily noticeable in a society undergoing such a rapid transformation. Formerly a source of skills transfer, Western know-how is now fully controlled by many industrial sectors, such that Sino-Western companies today base their business on a relationship of trust and the advantage of multiculturalism for their international development.

In economic terms, the figures quickly reach dizzying heights. A small market share means large-scale economic activity in China. The film industry is one such example: despite a turnover of $ 4.8 billion in 2014, the Chinese film industry represents only 3% of the media market as a whole. Another significant example is that the combined GDP of Beijing, Guangzhou, Shanghai and Chenzen represents 50% of that of India, and all of that of South Korea.

In terms of communication, the effects for financial leverage are vast. The virtual absence of any rule of conduct for advertisers in the media allows large-scale control in the broadcasting of messages that is incommensurate with anything we know, a degree of flexibility that was confirmed during our meeting with the Fred&Farid agency. The result is that it becomes even more difficult to distinguish journalism from infomercials. I also wonder about the consequences of these practices on the medium-term confidence of Chinese with respect to the veracity of information in general.

The communication agencies we encountered during the week allowed us to get a glimpse of what the European digital landscape might look like in 5 years, give the degree to which is China emerging as a precursor in many respects. Not so much in terms of information strategies or regulations, both of which are still in their infancy and in which the United States have become the champions, but in terms of use: with 650 million Internet users, 85% of whom use mobile systems, China is opening the way to widespread access to information, as close as possible to the consumer.

The journey ended with a few drops of rain after 6 days of excellent weather. The trip extended and expanded my concerns about the issues raised by Chinese growth. How will the country open up to sophistication without compromising the delicate balance of its natural resources? Given the development of digital uses, what can we learn from the Chinese model? The experience was also worthwhile in terms of the light it sheds on the challenges lying ahead for India and one day for Africa. The 12-hour flight to Paris was insufficient to address all of these issues, and the country will continue to excite my curiosity. To conclude this exploratory article, I recall the words of Serge Dumont, Vice Chairman of Omnicom Group China: “After a year in China, you want to write a book. After 10 years, an article; after 30 years, a poem.”