My experience inside the Afnic Legal Department 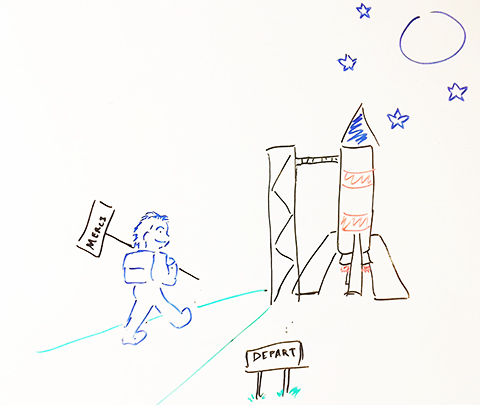 A page is now turning in my life, one that seems important today, but no doubt in a few years will look no greater than a leaf in a notebook. I joined the legal department of Afnic on the first of April, so six months later, it’s time to review my experience both positive and negative.

Caution “spoiler alert!” Although my experience was not error-free, overall it was extremely positive!

Internship in the Legal Department: a shared first test

It is important here to mention that I am the first trainee Afnic’s Legal Department has ever had, so my integration was also a first experience for the department. I felt that lack of practice in certain expectations they had of me: I was fresh out of college, and my professional experience was fairly remote from Afnic’s needs in either form or substance. That meant I had to learn and understand the specific context of the domain name industry, both from a legal and economic perspective. This was obtained through reading the various documents and learning the procedures, both written and unwritten. That fairly substantive work required guidance – which I was given – but was perhaps a little unrealistic in comparison with the lead-time expected for me to gain some form of autonomy. The subject-matter is complex and, in itself, not very accessible.

Fortunately, I was not left alone in such an alien world. As the newcomer to the legal department, I was initially provided with documentation specifically tailored for my needs, training me in the most common procedures as well as the resources available as part of my duties. The documentation only reflected the various meetings held inside the department, in order to instruct the trainee on the various tasks with which I was entrusted.

That same commitment to integration was also visible at the company level, in the form of an induction course consisting of several meetings with each department manager attended by other trainees and new employees. Each meeting highlighted a different department and approach, allowing each person following the course to have a general idea of ​​the departments and their duties. If I had to designate two large categories of personnel for the sake of simplicity, “technical staff” and “administrative staff” are not considered as two black boxes sealed off from each other, because the induction course allowed all of us, whatever our function, to have a general idea of the ​​other departments and what Afnic actually does. There is a concern not to leave people in the dark, but to involve them in the organization at every level.

The aim to combine two sectors that traditionally exist independently of one another within the same corporate culture is achieved over time with numerous exchanges between the departments: it is not uncommon to see a technician meeting with a lawyer on a joint project, and not just during end-of-project meetings. Information is shared as part of deliberate awareness-raising about the problems facing each department working on a given project so that the end solution will suit everyone.

I should also note that events are organized to strengthen ties between employees from different backgrounds, such as the continuous improvement challenge day in which people who rarely meet on a daily basis work together on a corporate issue. Other examples include the Afnic evenings and games organized once a month to learn more about colleagues in an informal context, again breaking the barriers between departments by focusing on interests outside the professional world.

The Legal department: the colleagues behind the Code of law

On the other hand, the legal department is also and especially a group of people: it took little time for the “me” to become “we”, and make me feel I was part of the department and not just passing through, even I did not yet have all the keys to understand how it worked. The staff helped me and supported me, advised me and attended both to my questions and my mistakes. They were sufficiently open-minded not to be blocked by our interactions or our differences, and I must admit it was the first time I experienced that in my career.

The legal department is also a unique work environment! If I had to describe it roughly in one sentence, it would be “Goodbye to the Civil Code, hello to the Naming Policy!”. Afnic legal issues primarily involve domain name law, but not just that. It is also a branch of law about which people talk very little before being confronted with it in their professional field, which makes it particularly confusing. The internship provided me with an excellent opportunity to learn more about the subject-matter, in particular about its most visible expression, the SYRELI alternative dispute resolution platform. This provided me with a unique view of the process, to keep track of the background and understand the ins and outs of various decisions. I now think it is an experience I can highlight in my resume, the ability to approach the legal issues involved in domain name law as I did being a genuine asset.

Lastly, my experience in the legal department and within Afnic in general raised my awareness. Although I had been given computer training, for me the domain name industry was rather obscure. The internship i had with Afnic also allowed me to understand the value of a domain name and what it represents. It is unfortunate that it is not included in the syllabus I have taken, even in technical training courses, and that’s a pity because a domain name is an extremely important means of communication in the digital world of the Internet, one in which presence is increasingly necessary.

Afnic provided me with an opportunity to meet people from different backgrounds, and to discuss a very wide range of subjects. It is difficult to quantify what I personally gained, as I finished the internship with better legal knowledge, but also with a lot of knowledge about approaches in fields related to my career.

The State and Afnic sign a new Agreement for management of the ...

The new Agreement between the State and Afnic comes into force ...

SYRELI: trademark vs. a pet’s name

Cybersquatting is a practice consisting of registering a domain ...