IANA transition : the machine is moving, but the deadline is approaching

Home > Observatory and resources > Expert papers > IANA transition : the machine is moving, but the deadline is approaching

The transition of the role of the US government in the stewardship of Internet technical resources has entered a new phase. 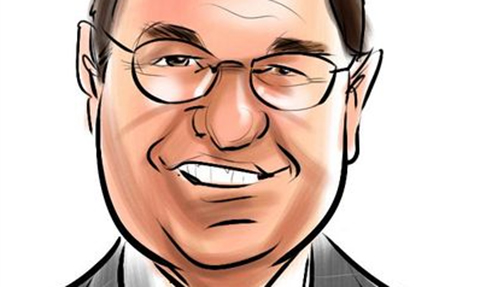 There’s no rest for the wicked! The last month was a grueling one for every stakeholder from every country, in civil society, business and governments, who have been hard at work for many months designing the future management of the “root”. But it has been successful!

As a reminder, the process was voluntarily initiated by the US Department of Commerce on March 14, 2014, after it announced the United States’ intention to withdraw from the stewardship of the IANA function (which manages the root of domain names, and coordinates the allocation of numbers and certain Internet protocol parameters). The Department invited all of the stakeholders to sit down at the table and put forward solutions to cope with that withdrawal.

On April 21, the working group on the “Naming” section of the IANA function published its second Request for Comments. The group was remarkably successful in restoring a situation that was difficult in March, by proposing concrete measures to cope with the withdrawal of the US government, including making the IANA department a subsidiary of ICANN, increased transparency of the allocated budget, enhanced escalation and claim procedures, and a thorough performance review every 5 years at most … The improvements made to ensure this core function remains effective, efficient and serves the greatest number have been noteworthy.

A few days later, on May 4, it was the turn of the group on “accountability” i.e. the governance of ICANN (for full disclosure, I might add that I co-chair the group) to unveil its first proposals. The proposed reforms are significant: establishment of a panel of experts empowered to act as a “court of appeal” concerning ICANN decisions and whose decisions would (at last!) be binding on the Board; establishment of a supervisory body of the Board by a representative group of “ICANN community” members, with the ability to reject budgets, validate fundamental changes to ICANN Bylaws, and even recall the Board in extreme cases.

In short, almost a “constitutional” reform for ICANN designed both to better control the Board, and provide any party affected by its decisions, even if outside ICANN, with a process for taking its case to a “court” that is both accessible and effective.

The task was already arduous.

But just the stakeholders were preparing their contributions, Larry Strickling, the Assistant Secretary of the U.S. Department of Commerce, has opened a new consultation by sending yesterday a letter to the co-chairs of the different groups.

He has confirmed something that all of the stakeholders had already understood, that the existing IANA contract would be extended beyond 30 September 2015, and asked how long it should be extended.

It will be interesting to read everyone’s comments on the letter: some argue that the transition will never happen, others that it shows that the US does not want to go any further. But the key is not to be found in interpreting the vocabulary used. It makes explicit Strickling’s expectations in terms of time: the US government will need specific proposals by the autumn, so that it can examine them in consultation with Congress (and hopefully with the United States’ international partners). In his letter, Larry Strickling also reminded its addressees that promises will not be enough: the IANA contract will only be terminated when approved proposals are effective.

For the stakeholders involved in this process, it is therefore both a mark of recognition of the progress that has been made and a reminder of the scheduling requirements, which are, of course, related to the US electoral calendar.

Afnic will continue to play an active role in making demanding contributions to this process and calls on all French stakeholders to voice their expectations for it and opinions on it.