Home > Observatory and resources > Expert papers > ICANN, its life and work (part 1): built on a certain vision of the Internet

Created in 1998 by the Clinton Administration to ensure the “privatisation” of Internet governance which had been overseen by American universities and research centres up until then, the acronym ICANN is well-known to those working in domain names.

And yet, its philosophy, its specific missions and its organisation remain largely unknown. This series of publications will lift the veil of mystery and perhaps help our readers better interact with ICANN.

In this first instalment, we will be looking back at the highlights that marked the early days of the Internet and its governance. A “pivotal” moment during which ICANN was born.

The date of ICANN’s creation, 1998, is itself significant as it coincided with a key period in the history of the Internet. Invented in 1969 by Vint Cerf, Bob Kahn and Steve Crocker, the principle of the “network of networks” was for a long time limited to the U.S. Defense Department and university research centres. In 1984, the domain name system was designed to add a “naming” level to IP addresses identifying devices and to the protocols allowing them to communicate with one another. The lightning-like development of the Internet began in the late 80s and early 90s. The Internet Society was created in 1990 to bring together Internet users of all kinds. In 1991/92, Tim Berners-Lee invented the Web, paving the way for its use by the general public. Henceforth, the possibility of an Internet economy, or rather an economy on the Internet, triggering fundamental changes in the Internet’s “governance” microcosm.

At the time, the core of this governance was managed by Jon Postel at UCLA, through what was already known as the “IANA function” (Internet Assigned Numbers Authority) designed to keep track of IP addresses and TLDs or “Top-level domains”. Jon Postel shouldered the responsibility of this administration practically alone, which resulted in some questionable arbitrary decisions, notably the allocation of numerous African ccTLDs (country-codes) to private structures in North America and Europe.

The spirit in which the IANA database was managed, and in which the founding fathers of the Internet would have wanted it to be managed, was summed up in the RFC 1591[1] of March 1994, now a historic record of a certain vision of the Internet, a far cry from the supremacy of the GAFA and the cyberattacks that have become a part of our everyday lives. This memo notably specifies:

Concerns about “rights” and “ownership” of domains are inappropriate.  It is appropriate to be concerned about “responsibilities” and “service” to the community.

This philosophy has remained to this day that shared by the majority of registries for geographical TLDs such as AFNIC, DENIC, SIDN, CZNIC etc., non-profit associations created to obtain the delegation of local TLDs in their respective countries. It is less common among back-end operators of generic TLDs or “new TLDs” which, for the most part, are commercial structures.

Gradually, as of the mid-1990s, these structures, each in a “monopoly” situation with regard to their TLDs, began to work with registrars, making it possible to introduce competition and leading to the naturally emergence of the domain name “market”.

In general, these organisations were association-based so as to enable a broad spectrum of actors to participate in key decisions regarding the management of TLDs: economic actors, of course, but also users and public authorities. This dominant pattern in the 1990s was also applied to the structure of ICANN, initially tasked with the “technical coordination of the Internet”.

This article is the first part of a series on ICANN called « ICANN, its life and work »

Afnic is an active player in the internet governance ecosystem ...

Why you should start thinking about a custom TLD

Why you should start thinking about a custom TLD 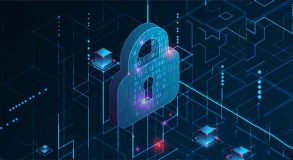