The brand TLDs leading the way 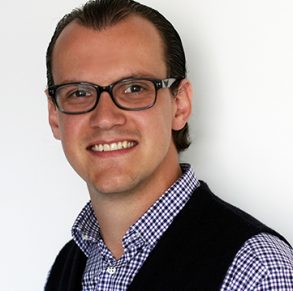 In 2021, 496 brands had their own custom Internet domain. Despite a hesitant start in the great majority of cases, we are seeing a significant increase in the use of brand domains by the organisations that hold them. The German company Dotzon illustrates this progress in its annual study, which ranks the world’s ten most used brand TLDs.

The 2021 edition we find the brands that regularly use their TLDs, such as .abbott, .weber, .seat, .audi, etc. We note above all that the cards have been reshuffled, which goes to show the determination of several players to fully develop their own digital identity with their brand TLD.

A ranking based on seven criteria

In the full version of its study, Dotzon sets out the quantitative and qualitative criteria used, namely:

While the criteria are clearly indicated, the weighting applied is not revealed. If we take the past three years as a basis, the volume criterion seems to occupy an important place. It may seem surprising, as a result, that brands such as Canon do not appear in the 2021 ranking, or that a TLD such as .bnpparibas has dropped down the ranking.

.leclerc at the head of the ranking

At the end of 2021, the TLD had nearly 970 domain names. As the veritable digital showcase of the Leclerc brand’s territory, the ACDLec (the Association of E. Leclerc Distributor Centres) primarily uses the .leclerc TLD in association with generic names representing its flagship businesses. There are five names in the Alexa ranking, among them the association’s corporate website “e.leclerc”, which comes in at number 91,000 among the world’s most consulted websites.

These domain names are regularly highlighted in TV and radio ads, advertising media and physical media such as flyers, bags, and rental vehicles.

“chezmoi.leclerc” is a perfect example of what Leclerc achieves with its custom TLD. In January 2018, the brand leveraged an evocative name and its digital brand territory to launch a major communication campaign promoting its new home delivery service. Its ambition was to compete in the medium term with the giants of the sector: Carrefour, and Amazon in association with Monoprix. The service grew strongly, targeting city dwellers, and took advantage of the successive lockdowns to fine-tune its offering and cover the entire country.

Leclerc has also used the TLD for its internal activities:  for some months now, ACDlec has been using custom email addresses in the format “@e.leclerc”. The dedicated website “histoireetarchives.leclerc” identifies the official content made available by the brand. Job offers are posted with the address “recrutement.leclerc”.

Lastly, continuing the efforts embarked upon, 2021 saw the registration of some 500 names corresponding to the French communes in which a Leclerc store is present.

A digital giant confirms its presence in the ranking

Google is ramping up the use of its TLD and confirming its presence in the ranking. A result achieved thanks to the launch of websites with a .google address, instantly benefiting from a very high degree of visibility. By way of example, about.google is ranked in 4,000th position by the Alexa ranking of most viewed websites.

The brand also uses its TLD more widely to promote its new services, and for its communication needs:

– “domains.google”: allowing users to create a domain name, a personalised email address and an associated mini-website

Following some low-key test runs, Google seems to be confirming its goal to communicate more widely with generic .google names emblematic of the group’s activities and currently in the spotlight.

This ranking confirms that players like Leclerc are now mature in their use of their personalised TLDs. Let’s hope that the new use examples highlighted by this study will inspire other brands!

Obtain pragmatic advice based on our experience and corporate testimonials.

Creating a .brand TLD – a unifying, cross-cutting and ...

Creating a .brand TLD – a unifying, cross-cutting and ...