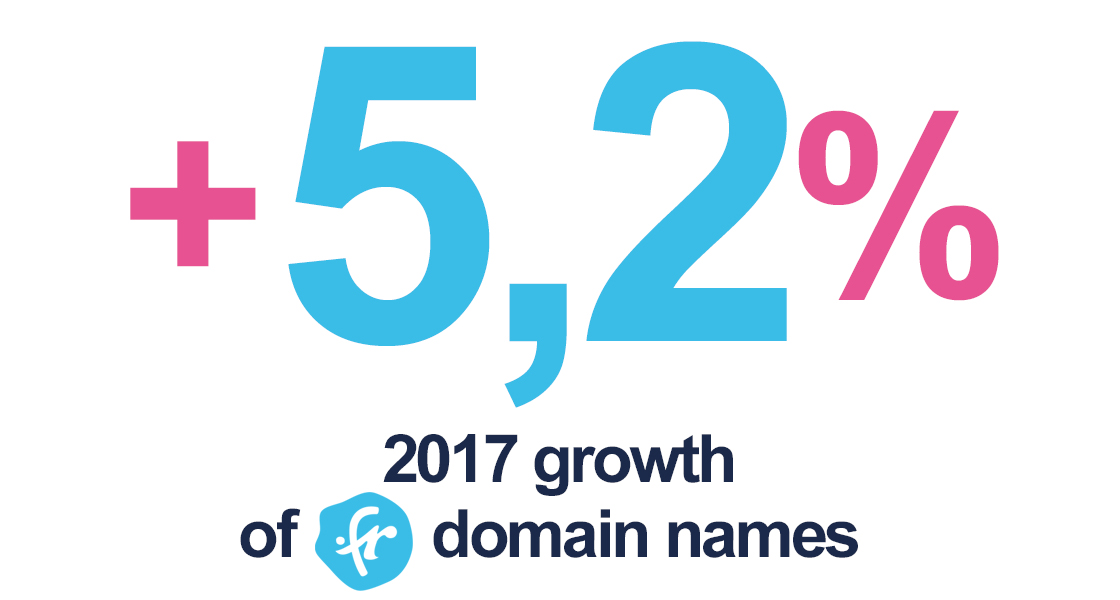 Activity and net balance of .fr

Key .fr parameters: the create rate and the retention rate

The create rate (or sales momentum) represents the percentage of names created during the year in stock at year end. Due to the 6% increase in creations (compared with a 5.2% growth in stock), the .fr create rate improved slightly in 2017, to reach 21%.

The retention rate measures the proportion of names existing in the portfolio at the start of the year, which have not been deleted by the previous year’s end.  The .fr has had a very stable retention rate since 2011, consistently higher than 80%.

The key parameters of the .fr so far have been slightly out of sync with those of its counterparts in the European Union. Its creation rate tends to be higher, while its retention rate remains below that of its counterparts. This situation can be explained by the fact that the “openings” of the .fr – abandonment of the “right to name” system in May 2004, opening to individuals in June 2006 and the nationals of the European Union in December 2011 – were significantly later than other ccTLDs such as .de or .nl.

Note that while the easing of the “right to name” was the first factor in accelerating growth, opening to individuals was the determining factor, the two of them having a cumulative effect until 2013, without the opening to the European Union having any noticeable impact. From 2013 onwards, growth slowed and we had to wait until the end of 2016 to cross the three million mark for the .fr.

.fr holders in France and Europe

As of December 31, 2017, 31% of .fr holders were located in Ile-de-France. The other regions with the most holders were Auvergne-Rhône-Alpes (12%), Languedoc-Roussillon-Midi-Pyrénées (8%), Aquitaine-Limousin-Poitou-Charentes (7%) and Provence Alpes Côte d’Azur (7%). The growth dynamics seem to be fairly evenly distributed, Ile-de-France being notably below average with 3%.

The proportion of .fr domain names signed using DNSSEC tripled between 2013 and 2017, rising from 4% to 13%, ie from 103,000 to 411,000 names. This spectacular, on-going growth still remains modest, however, compared with those of other European registries, showing that the adoption of the DNS security technology is still not yet sufficiently deployed in France.

The registrations and renewals of .fr for periods longer than 1 year (and up to 10 years), have been possible since March 30, 2015, yet their progression remains slow with only 7.9% of .fr domain names registered or renewed for durations greater than 1 year. The most frequent periods are 2 years, then 3 years, then 4 years, the 10-year period being no more than symbolic.

Lessons learnt and outlooks for 2018

One of the biggest lessons to be learnt from 2017 is undoubtedly the confirmation of the strength of .fr‘s position on the national market, with the 58% it represents in the global variation of this market. The upswing in creations, backed by this solid base and combined with a renewal rate reflecting the attachment of registrants to their domain names under .fr means we can face 2018 with a certain degree of confidence.

Afnic, however, does not intend to rely on fundamental trends to ensure the development of the namespace entrusted to it by the government. It has a role to play in the development of Internet usage, especially at the level of VSBs and SMEs, which are still significantly behind in their presence on the Internet. Through its initiatives, of which réussir-en.fr (www.reussir-en.fr) and Réussir avec le web (www.reussiravecleweb.fr) are salient examples, Afnic strives to contribute to the harmonious development of the FR and the Internet in France. 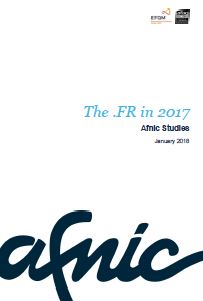