Afnic’s Annual General Meeting was held on 7 June 2013. In addition to the appointment of a new Board and a new Chairman – in the person of Emmanuel Sartorius – the event provided an opportunity to disclose the contents of the 2012 annual report.

2012 was marked by three major changes:

In 2013, operations approved in 2012 should be carried out, such as the creation of the FSDI, integration within the root of at least one of the new extensions in which Afnic is involved, promotion of the .fr TLD or transfers of R&D results. These changes show that Afnic is capable of integrating issues crucial for the Internet, and of meeting the challenges facing all of its stakeholders. 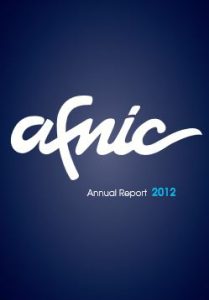