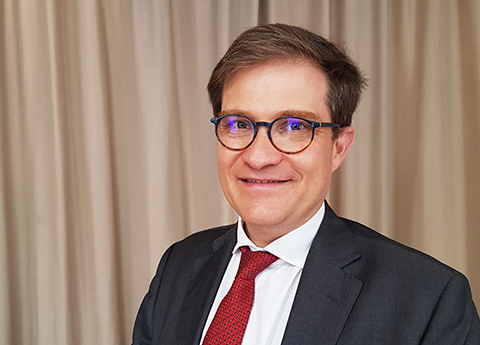 Godefroy Beauvallet takes over from Emmanuel Sartorius, Chair since 2013. As such, Mr Beauvallet will promote Afnic and focus its work on serving a secure and stable Internet, one that is open to innovation and in which the French Internet community plays a leading role.

With his experience in the senior civil service and his expertise in digital technology, he will manage the Association with the Board, backed by Pierre Bonis, CEO of Afnic since 2017.

“Afnic is a unique organization in the French digital landscape. It is part and parcel of the social and solidarity economy, as its status requires and its Foundation demonstrates. It bears a major public responsibility, through its delegation as a public service with .fr. It is also a stakeholder in digital transformation and innovation, through its affiliation with French National Institute for Research in Computer Science and Control (INRIA) and its links with digital research players, its commercial activities around the DNS and its close ties with SMEs in the digital ecosystem. With the Board and the Chief Executive Officer, I look forward to continuing Afnic’s adventure and contributing to it with enthusiasm,” said Godefroy Beauvallet.

Godefroy Beauvallet, 47, is Head of the General Council of the Economy since 2017. He has held several positions in the senior civil service, including as Chief of staff of the French Minister of State for Industry, Digital Affairs and Innovation or as Director of Innovation at the Mines-Telecom Institute between 2016 and 2017. He is Associate Professor at Télécom ParisTech where he has been a full-time researcher between 2002 and 2007. He was also Vice-Chairman of the French National Council for the Digital Economy from 2013 to 2016.

Godefroy Beauvallet has also held positions in the private sector, including as Director of the AXA Research Fund. Board member at INA (French Television National Archive operator) and co-founder of the Lean Institute France, Godefroy Beauvallet is engineer of the Corps des Mines, graduate of Ecole Polytechnique, Télécom ParisTech and Mines ParisTech.

“Godefroy Beauvallet takes the lead of our Board at a crucial time for Afnic, as we are currently working on a new five-year strategy. I am delighted that Afnic can draw on his experience and drive. The quality and experience of our chairs, throughout our past, shows how vital Afnic’s role is within the French digital ecosystem,” adds Pierre Bonis.