The .fr TLD turns 25 - The winners of "The French Reconnection" awards

The 5 winners of “The French Reconnection” contest received their awards at the gala evening organised to celebrate the 25th anniversary of the .fr TLD

Launched on 2 September 1986, the .fr TLD has just turned 25. Among the many events planned to celebrate the event, AFNIC launched a contest for websites in the .fr namespace on the theme of “The French Reconnection”. The purpose of the contest was to promote the best Internet experience with the .fr namespace. And the candidates, whether professional or private, were allowed to enter in several categories.

The winners received their awards during the gala evening, organised by AFNIC on 11 October on the first floor of the Eiffel Tower to celebrate the 25th anniversary of the .fr TLD. 360 guests attended the event, which was hosted by the journalist and presenter Nicolas Rossignol. The musical entertainment was provided by Fred Manoukian, and the catering by Dalloyau. The highlight of the evening was a much-admired show given by the dancers from the Crazy Horse Saloon.

Of the 100 candidates who entered “The French Reconnection” contest, the following won awards: 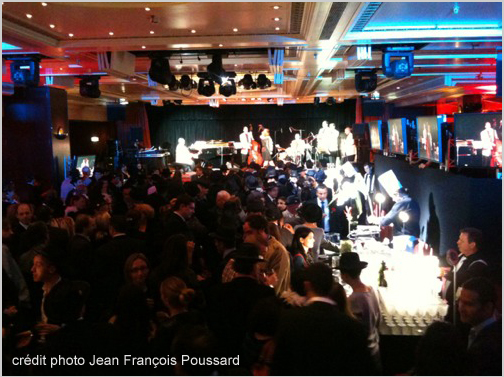