The opening of the .paris and .bzh TLDs is also a success for Afnic

The .paris project began in 2008 and was approved by ICANN in 2013. After its opening to the first 100 ambassadors on June 4, 2014 and a registration period reserved for rights-holders from September 9 to November 11, 2014, the .paris TLD has now entered a new phase.

On December 2, 2014, .paris domain names became available to the general public. 12,000 domain names using the new digital address for the French capital have already been reserved, including almost 6,000 on the first day of the launch. 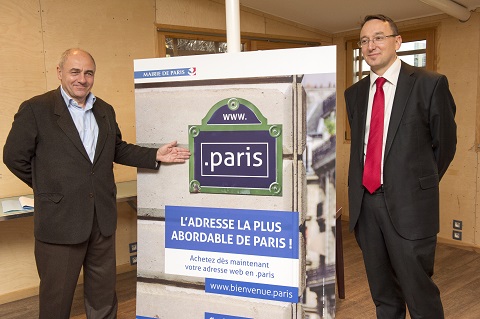 From left to right: Jean-Louis MISSIKA, Deputy Mayor of Paris et Mathieu WEILL, CEO of Afnic on Dec. 2 2014 for the opening ceremony of .paris

Two days later, on December 4, 2014, the .bzh TLD also became available to the general public. For all Breton-born individuals and Brittany enthusiasts, the opening of this new Internet domain culminates a project that was initiated ten years ago. Gathering all the players since 2004 and backing by the Brittany Regional Council, the www.bzh Association, supporting the .bzh project, obtained ICANN approval to create this new digital identity in 2013.
One week after the opening, almost 3,000 .bzh domain names have been registered by businesses, associations, local authorities and individuals, which contribute together to the construction of a new digital territory, spreading the image of Brittany to the world. 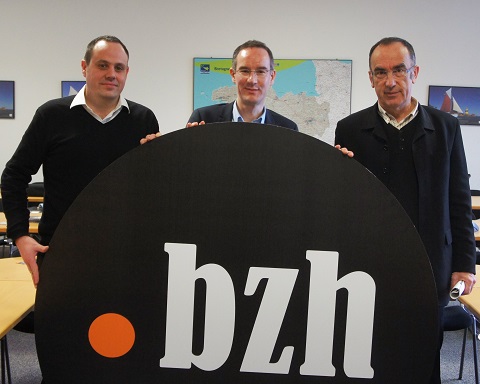 The growth in these figures confirms the enthusiasm of French users for new Internet domains (gTLD) that bring new, targeted places for expressing community membership, and fostering digital solidarity.

As can be seen, the past week has been intense for Afnic, the operational partner selected by Paris City Hall and the www.bzh Association to manage the new Internet namespaces.

Thanks to its experience, Afnic can offer skills as well as services tailored to the needs of all of its partners. As a technical registry operator, Afnic is responsible for implementing and managing the technical infrastructure in accordance with the standards defined by ICANN, as well as communicating with registrars around the world.

A partner with Paris City Hall since 2009, and the .bzh project since 2011, Afnic has been committed to the success of these two new digital territories for several years. Their mutual success reflects the closeness of that long-standing cooperation.

In addition to the .paris and .bzh TLDs, for five years Afnic has supported the deployment of 15 other new registries for new Internet extensions, including the .alsace, .corsica, .ovh, .sncf and .leclerc namespaces.

The next general openings are to take place in 2015, beginning with the .alsace TLD in January.