On November 6, Afnic, which manages Internet addresses in .fr, celebrated the inauguration of its new offices in Montigny-le-Bretonneux, in the greater urban area of Saint-Quentin-en-Yvelines.

After 13 years at 2 rue Stephenson, since March 31 the Association has moved to new premises at… 1 rue Stephenson. A small step in space but a giant leap in size to meet the success of the .fr TLD (which has expanded from 300,000 .fr domain names in 2001 to nearly three million today) and the growing number of employees (from 35 in 2001 to 80 this year). The new premises also illustrate Afnic’s commitment to a sustainable development approach.

Premises to discuss and share with all of our partners

Mathieu Weill, CEO, reiterated the relevance of the user-driven, multi-stakeholder model of Afnic and its mission of public interest for openness and transparency. “From the outset, we wanted our offices not only to provide space in which to work but also to discuss and share with all of our partners.” 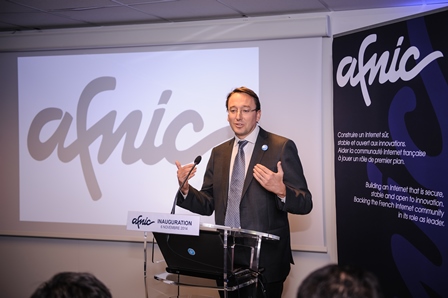 The inauguration ceremony was attended by Axelle Lemaire, France’s Secretary of State for the Digital Economy and Dr. Steve Crocker, Internet pioneer and current President of ICANN, the organization responsible for names domain worldwide. Both praised Afnic’s work and its contribution to global governance of the Internet. 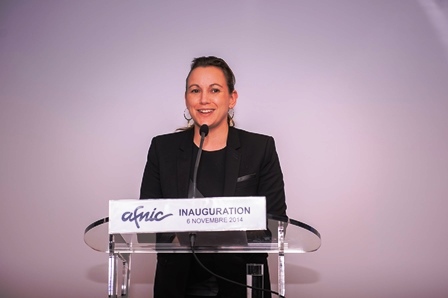 Axelle LEMAIRE – France’s Secretary of State for the Digital Economy

Axelle Lemaire said that “Internet governance had once again become a political issue in the noble sense of the term” and that it was now “a historic moment for the Internet, the age of multitude.” For the Secretary of State for the Digital Economy, “it is out of the question for Europe to remain on the sidelines and not make its voice heard.“

In the presence of the Prefect for the Yvelines department, the festivities were also attended by Michel Laugier, Mayor of Montigny-le-Bretonneux and President of the Saint-Quentin-en-Yvelines conurbation committee, and by its first vice-president, Jean-Michel Fourgous. Patrice Martin-Lalande, Deputy and co-chair of the “Internet and digital society” Study Group also came to welcome Afnic and its members, as well as 80 guests from the French digital ecosystem. 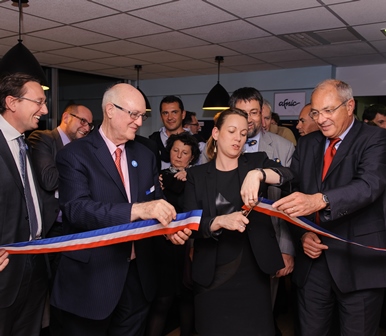 From left to right:

The inauguration was preceded by another highlight, a round table on “Digital Solidarity”. Hosted by journalist Pascal Samama, it provided a platform for high-quality, stimulating talks by militant academic Jean Pouly, Dominique Burger from Braillenet, Benoît Genuini from Passerelles Numériques and Audrey-Jane Baldy from Emmaüs Connect.