Home > Associating excellence > Who we are? > Our team > Pierre Bonis
Back to our experts

With a degree from the Sorbonne University in Philosophy and Literature, Pierre Bonis began his career at the French Ministry of Foreign Affairs. Acting as an advisor on digital divide issues from 2002 to 2004, in 2005 he became Head of the NICT Office at the Ministry of Foreign Affairs. He first joined Afnic in January 2008 as Head of Products and Partnerships, within the Communication Department. In January 2009, he was appointed as an advisor to the Cabinet of the Secretary of State for the Development of the Digital Economy. He was responsible for innovation, content and international affairs. From November 2010 to February 2012, he continued to advise the Minister for Ecology, Sustainable Development, Transport and Housing. Pierre Bonis joined Afnic for the second time in October 2012. He was appointed to the post of Deputy CEO. A specialist in international cooperation issues, he was also a member of the Board of Trustees of CENTR, the Council of European National Top-level Domain Registries, from 2016 to 2020. On the recommendation of Afnic’s Board of Trustees, Pierre was appointed Chief Executive Officer of the association on 1 September 2017. In 2018, he was co-chair of the organising committee of the World Forum on Internet Governance in Paris, organised under the aegis of the United Nations. Since 2019, he has also been chair of the ccNSO Internet Governance Liaison Group (ICANN).Main recent publications: - February 2019: “Digital divides” article in the collective work “Digital challenges” coordinated by Dalila Rahmouni-Syed Gaffar, Bruyland editions - September 2020: Coordinator of the “Internet, borders and territories” issue of the “Digital Challenges” series of the “Annales des mines” review. - November 2020: Co-editor with Godefroy Beauvallet of the “Digital infrastructures” article in the collective work “Digital technology, public action and democracy” published by the Rouen and Le Havre University Presses (PUHR). 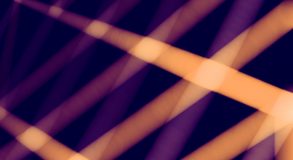 Abuse on the Internet: what is Afnic doing about it?

Our national TLD, “.fr”, has been growing strongly for ...

Abuse on the Internet: what is Afnic doing about i 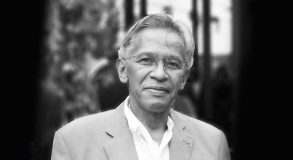 Lala Andriamampianina, may you rest in peace

Lala passed away on the night of Sunday 9th and Monday 10th February. Very discreetly, without fuss...

Lala Andriamampianina, may you rest in peace

Following the Internet Governance Forum 2018 (IGF 2018) that took place in Paris at UNESCO on Novemb...

The fifty-second meeting of ICANN is being held in Singapore from 9 to 12 February....

Last Friday the 9th Forum on Internet Governance ended in Istanbul. 9 years of discussions. What are...

With its planned withdrawal from the supervision of the root of the Internet, the U.S. government is...