ADR: Is a “damage to the trademark” enough to win a case?

Home > Observatory and resources > Expert papers > ADR: Is a “damage to the trademark” enough to win a case? 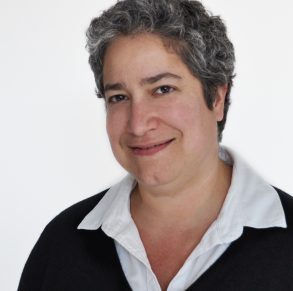 As every owner of a French trademark knows, it confers a sole right of exploitation in French territory, for ten years, renewable indefinitely.

Only the holder of the trademark can use it for the products and services covered by it. This sole right also entitles the holder to prosecute any domain name holder reproducing the holder’s trademark identically, near-identically or similarly in ADR.

This right to prosecute is not absolute,

including when the holder of a trademark, appealing to a SYRELI or an EXPERT ADR, provides the documents demonstrating that its brand is widely known, i.e. renowned in France or famous as the Intellectual Property Code has it.

The trademark does not give SUPER power

With SYRELI (Afnic’s in-house ADR procedure), the College generally meets every Thursday to discuss the cases on the agenda within two months of the instigation of the procedure (see Article II.i of the ADR Regulations).

In examining the case, the three members of the College check to see that the holder of the trademark has a legitimate interest, before considering whether the domain name in question is likely to damage the holder’s brand.

We should clarify that this check and this consideration relate exclusively to the characters forming the domain name relative to those of the brand; in no case do they concern the use of the domain name by its holder.

There is no deliberate damage to the brand if the holder of the domain name has a legitimate interest and is acting in good faith.

Article R20-44-46 of the CPCE gives a non-exhaustive list of facts that may characterise legitimate interest or bad faith. This list is completed by the decisions handed down since 2011 by the College, for which Afnic publishes on its website a practical legal guide summarising them, called “Afnic’s ADR Trends”.

Mere ownership of a brand or trademark is therefore not enough to obtain the transfer of a domain name that reproduces it or to have it deleted. This principle applies also to owners of widely known and long-established brands.

In this SYRELI case, the applicant, CARREFOUR, sought the transfer of the domain name ‘boycottcarrefour.fr’, asserting that “the Holder obtained registration of the disputed domain name using the Applicant’s very well-known brands with a view to profiting from the Applicant’s renown”.

The College then effectively took account of the applicant’s importance and that of its brands with these first two observations:

Yet, on the basis of the documentary evidence and arguments adduced by the applicant and despite the lack of response by the domain name holder to the SYRELI inter partes procedure, the College:

With this decision the College reminds us that even an applicant with well-known brands and trademarks may find the defence of its brand constrained by other rights and fundamental freedoms.

Afnic carries out its mission of allocation and management of domain names in the general interest in accordance with non-discriminatory and transparent rules, ensuring respect for freedom of communication, freedom of enterprise and intellectual property rights (see Article L45-1 §1 of the CPCE), including in its activity of extrajudicial dispute settlement.