Home > Observatory and resources > Expert papers > Syreli: can one rely on a later right to a domain name to win a case? 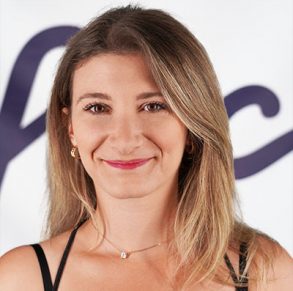 In its ruling FR-2021-02272 eat.fr handed down on 25 March 2021, the Syreli College introduced an innovation to its case law on the infringement of intellectual property rights, more specifically in a case where a domain name was registered prior to the rights invoked by the Plaintiff.

On 28 January 2021, JUST EAT HOLDING LIMITED filed a Syreli appeal requesting the transfer of the domain name eat.fr to its French subsidiary EAT ON LINE.

As regards the eligibility of the Plaintiff, a company based in the UK, the ruling served as a reminder that when a Plaintiff is not eligible1 for the Naming Charter it can still:

In this case, the request for transfer to the French subsidiary EAT ON LINE was admissible. The examination of the case could therefore continue…

It is in the area of infringement of the provisions of Article L.45-2 of the French Post and Electronic Communications Code (CPCE) that the College introduced the innovation.

The disputed domain name eat.fr had been registered on 20 April 2005, before the name of the Plaintiff, which was incorporated on 28 April 2005 and its brands registered between 2014 and 2016.

Normally, the College would have rejected the Syreli suit at this stage on the grounds that the domain name eat.fr pre-dated the rights invoked by the Plaintiff.

However, in view of the documents produced by the Plaintiff, the College was able to establish several factors that determined the continuation of the reasoning and the outcome of the ruling.

Firstly, a ruling of the WIPO had already determined the bad faith of the same Holder and highlighted its attempt to usurp the place of the Plaintiff. This ruling had also entailed the transfer of disputed domain names to the Plaintiff.

Added to this was the evidence as to the content of the website to which the disputed domain name pointed: since its date of registration, 6 March 2018, the domain name eat.fr had redirected either to a blank page or to a page advertising the domain name as being for sale.

However, from 18 July 2019, the date on which the domain name eat.fr was renewed, it redirected to a website reproducing not only the graphic charter of the Plaintiff’s websites but also the typeface and the colour of the pictorial elements of its “JUST EAT” brands.

Lastly, documents showed that the website offered a service that competed with that offered by the Plaintiff and that the Holder represented itself as forming part of the ALLO RESTO group, which belongs to the Plaintiff.

The College therefore noted that this restaurant ordering service made direct reference to the Plaintiff’s business and to the services covered by its brands. The Holder’s bad faith was thus proven, the more so as it could not be unaware of the existence of the Plaintiff’s rights.

In these special circumstances, the College considered for the first time, relying on Article L.45-2 of the CPCE, that it was indeed the renewal of the domain name eat.fr after 18 July 2019, and not its registration, that was susceptible of infringing the intellectual property rights of the Plaintiff.

This new development prompts us to remind readers of the importance of the documents produced by the parties when putting together a Syreli dossier. It will perhaps open the way for future Plaintiffs to invoke a later right to a domain name…

[1] On its definitive exit from the EU on 1 January 2020 the UK ceased to be an eligible territory.

How to avoid inadmissibility in the SYRELI procedure

To date, out of all the files declared complete at the time when proceedings were initiated only...

How to avoid inadmissibility in the SYRELI procedure