What are the possible actions against domain name abuses?

Home > Observatory and resources > Expert papers > What are the possible actions against domain name abuses? 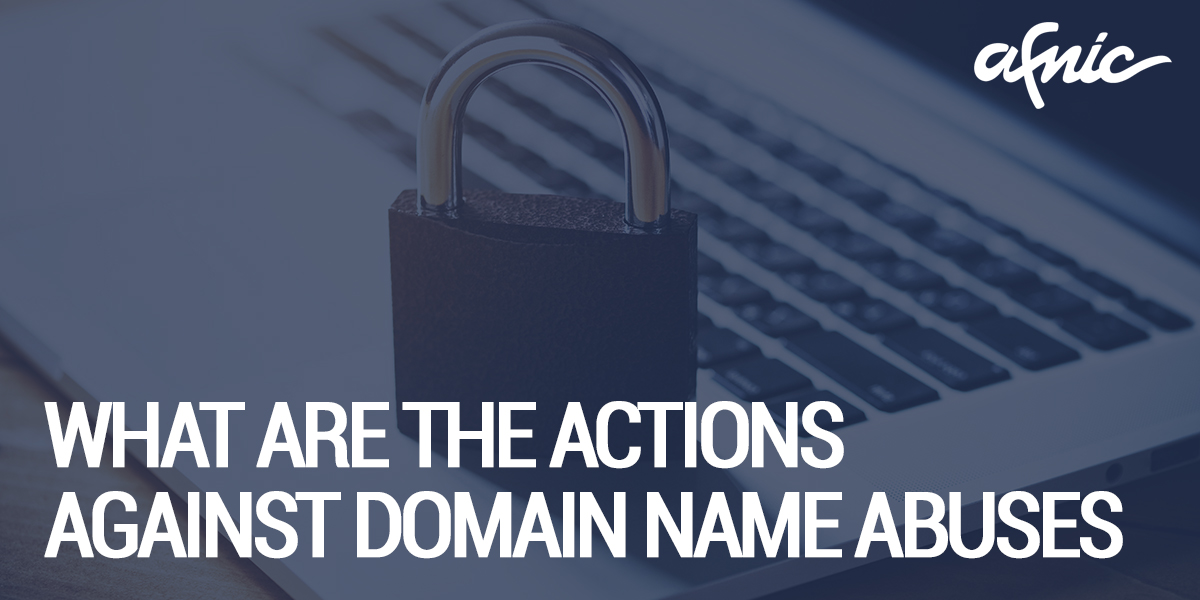 Last week we detailed the various things that are grouped under the name of “fraudulent or abusive use” in domain name management.Let’s take a look at the various measures that the registry can consider taking when faced with such fraudulent activity.

There are several important points to keep in mind:

That responsibility can be difficult to assess. For example, if a company’s website is hacked, which is a relatively commonplace occurrence, and a phishing site is installed on it, is it fair to delete the domain name? And if a name is used for spam, given the lack of authentication of email, should we take action against the registrant of the name, when the latter cannot do much? We therefore have to avoid behaving like the superheroes of American films, who shoot first and think afterwards.

It is important that the registry takes action, both because of its contractual obligations, and also to maintain its reputation. A registry that is perceived, rightly or wrongly, as a haven for criminals would risk seeing its domain names frequently blocked, as suggested by Brian Krebs in a recent article. But the registry must not act without thinking, for example by deleting innocent domain names without good reason.

An important part of a registry’s work involves the monitoring of “black” lists, managed by various stakeholders, which list addresses or domain names that are problematic in one way or another. Regular monitoring of these lists can alert the registry, for example, that criminals have suddenly decided to make massive use of its TLD.

Among the measures that are possible, the register must first read the reports addressed to it. This is not as simple as it sounds, because a large majority of these reports are too vague, do not always concern the registry (hacking a website in a delegated subdomain), written in excessively brutal terms, or claim things that are impossible, such as the application of an untranslated ruling by a foreign court. Nevertheless, the degree to which the register is seen to be responsive depends very much on the response it provides to reports of this type.

The registry can also enable DNSSEC security technology, and encourage its customers to use it. It is important to understand that DNSSEC does not protect against all the types of fraudulent activity mentioned above. But it would have protected, for example, MyEtherWallet from being hacked, which also activated DNSSEC after the attack occurred.

Finally, the registry can check the social data submitted when registering a domain name, such as verifying that the city indicated in the address exists in the country in question. (Such verifications are tricky, especially in an international environment, because there may be more than one way of spelling the name of a city.)

Abuse Report is an Afnic service which compares the list of domain names registered in a TLD with certain databases of domain names used for malicious purposes (Spamhaus, Google Safebrowsing, SURBL).