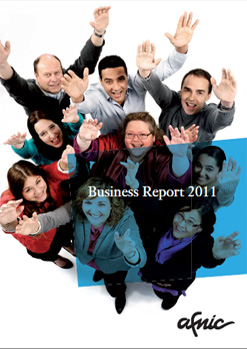 2011 was marked by a high growth rate for the .fr TLD, maintaining its drive and deepening its roots in the French digital landscape

In 2011, Afnic deployed its registry solutions offer, and 16 candidates for the new extensions chose the association as their technical operator

In 2011, Afnic positioned itself on the market for the launch of the new gTLD process initiated by ICANN, the aim being to support projects by French stakeholders. The AFNIC offer focuses on three distinct targets:

Of the 54 French applications for the new extensions filed with ICANN, 16 are backed by Afnic.

2011 was also marked by a new legal framework for French internet extensions managed by Afnic.

To recap, following the decision of the Constitutional Council in October 2010 ruling that section L. 45 of the French Electronic Communications and Telecommunications Act was unconstitutional, the legislature had to establish a new legal framework for domain names in France, resulting in: