Home > Observatory and resources > Expert papers > The Internet of Things (part 1) – interoperability and its limits: how Afnic proposes to respond 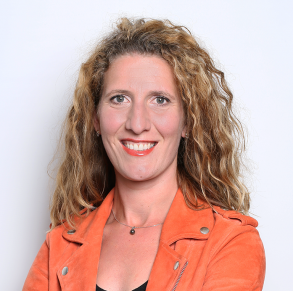 As a major Internet player and DNS expert, Afnic has been working for more than ten years on projects related to the Internet of Things (IoT). While numerous technologies are emerging in the IoT sector, it is nonetheless interesting to note that there remains much room for improvement and indeed for constructing the platforms that are essential to its widespread adoption.

This series of publications aims to set out Afnic’s view of the Internet of Things and how its various activities can contribute to unlocking technological means of resolving business problems.

On 17 February 2022, France Stratégies published a report in French entitled “The World of the Internet of Things, dynamics to master.” This report provides a wealth of information based both on research and on actual cases, and numerous market elements that allow us to gain an understanding of the ecosystem of the Internet of Things and the major stakes involved.

In its report, France Stratégies mentions Afnic in the chapter on interoperability, a major requirement of the IoT to which this article is dedicated.

The considerable research work that we have conducted over the past several years has convinced us that DNS technology, our core business, can play a useful role in supporting the services of other technologies, and particularly the IoT. How? By resolving problems encountered on the ground by IoT players and manufacturers who have implemented IoT solutions, while at the same time adding value. It is with this in mind that the Afnic teams have prepared a naming solution for the Internet of Things, capable of responding to the current limitations of interoperability.

Interoperability: a major challenge for the Internet of Things

The diverse nature of the IoT market and its rapid development have led to the emergence of several burgeoning IoT technologies that are not readily interoperable. Interoperability refers to a network’s ability to communicate with other systems and devices, regardless of the technology, the communication protocol or indeed the identification of the object in question.

The majority of the various IoT technologies currently available on the market are not interoperable. The result is a large number of isolated IoT silos that cannot communicate with one another or that would require enormous efforts in order to do so.

Example: To send an email from a laptop computer, you normally have to connect to the Internet through the ethernet cable of a router, the Wi-Fi of an Internet café or 4G and a SIM card. The email service for its part needs an address and connectivity to send the email to the right recipient. Thanks to interoperability, the applications function irrespective of the transport layers. This is the result of the work done by the engineers who designed and developed the Internet from its creation. The IoT still has some way to go before it can be said to be based on the same principles and to really be worthy of its upper case designation as the Internet of Things.

The interoperability problems currently being encountered are increasingly seen as a barrier to the deployment of certain IoT projects for international mobility. According to McKinsey & Company, “interoperability is required to unlock more than $4 trillion per year in potential economic impact from IoT use in 2025.” So the stakes are real.

Interoperability: an issue arising at key points in the value chain of the Internet of Things

To explain how the IoT works, we can start by identifying the various links in the chain that allow a “thing” (device, system, etc.) to be connected and to transmit data.

The IoT value chain is composed of four links: “things” (devices or systems and their identifiers), connectivity, integrating platforms and applications. In fact, interoperability is an issue that concerns the first two links, “things” and connectivity, for the following reasons:

The example of traceability of goods in the transport sector

In the field of logistics, particularly transport, the traceability of goods represents several challenges and opportunities for businesses:

In order to be able to connect its means of transport or packages internationally, the company has to go through a number of different networks and sign up to a roaming package, which is generally expensive. A loss of network connection while on the move could lead to a loss of data, with potentially damaging implications for its customers and the company itself.

The naming system proposed by Afnic, a response to the problem of interoperability

Some tools have been rolled out by suppliers of solutions, but we do not believe they are conceived on a sufficiently large scale to be suitable for widespread use. Whether we talk in terms of the number of users, the number of IoT management solutions or the number of networks, the fact of the matter is that for the IoT to really establish itself on a large scale it requires a stable, safe, interoperable infrastructure like the Internet.

Afnic proposes that the IoT should rely on DNS technology to standardise its naming. With the allocation of an object identification via the DNS (thus making it recognisable by a large number of applications and networks), the naming becomes uniform. Each object is registered in the IoT registry of the DNS and identified in the form of a dedicated domain or sub-domain name. Since the DNS is the only naming system for the Internet, the registered object becomes compatible with all network operators and as such interoperable.

In responding to the problem of heterogeneity of objects and networks, the DNS can thus contribute a major solution to the value chain of the Internet of Things.

1 – In the context of the IoT, roaming refers to the ability of an IoT sensor to transmit data to a network other than that on which it is activated (in another country, for example).

This publication reviews Afnic's position on the use of the DNS to solve the problems posed by the h...