The Internet of Things (IoT) market is expanding rapidly worldwide. However, it is difficult to envisage it truly scaling up owing to a lack of interoperability across IoT solutions, potential security flaws in these new smart objects, and the immaturity of certain devices.

As an expert in the DNS protocol, combined with more than 13 years of research and development into subjects and projects relating to the Internet of Things, Afnic has developed a naming service unique to the IoT, able to meet the challenges of ensuring uniformity in objects and networks, and their security requirements.

The Internet of Things, a disparate market showing interoperability and security shortcomings

The IoT is currently based on a number of standards. New emerging technologies have been developed in such a way as to meet the specific requirements of individual market segments, and several naming conventions co-exist. For operators and networks, the outcome is considerable difficulties in recognising and managing smart objects.

Most of these technologies are not interoperable, working as they do in silos, not across the entire IoT. This entails the use of costly third-party services, making the relationships between objects more complicated and increasing the risk of cyber attacks. 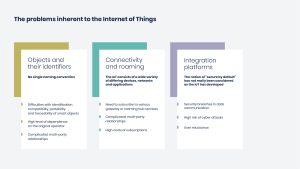 While designers and manufacturers of smart objects have control over the data their products send out, this data is isolated and of little value if not connected with other data from third-party smart objects. There is a genuine threat of seeing the IT giants […] grab control of data from connected services by making their technology (the operating system, software, voice assistants, etc.) the market standard(s). 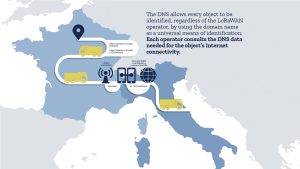 Afnic, a key player in cooperative IoT innovation based on the DNS and its applications

Afnic’s R&D teams (accounting for 10% of our total headcount) have been heavily involved in innovative work in connection with the Internet of Things for more than 13 years. Run with public- and private-sector partners, the aim of these projects is to devise and deploy tomorrow’s IoT standards and usages, while providing answers to key business issues by providing added value.

A bespoke solution for 360° support

Our DNS experts and our Partnerships and Innovation team offer a comprehensive bespoke support service covering all aspects of your IoT project, including assessing the benefit of your plans on the basis of your brand positioning or the dynamism of your community, support in building the organisation and roadmap best-suited to optimum roll-out of your project, and so on.

As a major Internet player and DNS expert, Afnic has been working for more than ten years on project...